Week 5 was a very different week than previous weeks. I stay a bit more fancier and also was able to chill out with friends and not worry about meeting someone new every day. It was a very nice break! I even got a warm shower and air conditioning which was such a luxury! So Sunday-Monday I took the longest bus ride of my life to finally end up in Panama which saved me a lot of money. On Tuesday morning, I took a flight from Panama City to Aruba to meet up with my friends from home Lisa, Jordan, and Kendra. Kendra lives now in Aruba so it was a perfect trip to take. I first met up with them all at the airport and then we took a taxi to the hotel. We stayed at the Marriott which was super nice! Yet, it was expensive, about $300 a night which is quite different after staying in hostels. Yet, it was soon nice. There was a beach with chairs, several pools including an adult pool, a fitness center, the beds were outstanding, and the lobby was beautiful.

The first day that we got there, we ate lunch by the ocean and just chilled out and went for a swim. We were able to all catch up on our lives and it was really nice! That night we went out for dinner at a Mexican restaurant called Iguana Cantina and the food was really night. After, we went out dancing at an outdoor bar called Sand Bar. It was a really fun bar with lots of good music to dance to and of course I had my dancing partner Jordan with me so it was so much fun. Kendra also got really into dancing and we lost her for awhile while she was making friends with some Venezuelans.

On Wednesday, we woke up late and went to breakfast at a place that we had found on trip advisor that had really good reviews. I can’t remember the name but they were famous for their dutch pancakes. I had an omelette there and though it was a lot of food I thought breakfast was just ok. Maybe i should have gotten a dutch pancake. After, we went back to then hotel, signed up for our catamaran tour the following day and then checked out the adult pool. This is the place where we felt pampered the most. We had drinks in the pool, the attendant gave us lots of towels and pulled chairs together for us, and it was just a really chill beautiful place. That night for dinner we walked along the ocean and found a restaurant right along the beach and ordered a bunch of appetisers for dinner. I had a lobster bisque which was really good. Then, we walked home and called it an early night because we knew we were getting up early the following day.

Thursday was probably my favorite day because we started off the day at 9:30 on a cameraman cruise/snorkeling tour. We headed in the cameraman down the coast to our first snorkelling spot while drinking out first rum and punch (yes, I know, it was 9:30 am but who cares). We got in the water and saw a lot of amazing fish! I have my underwater camera so it made it even cooler. At one point we were surrounded by thousands of tiny fish the would make a circle around us and move as we moved. It was pretty amazing! 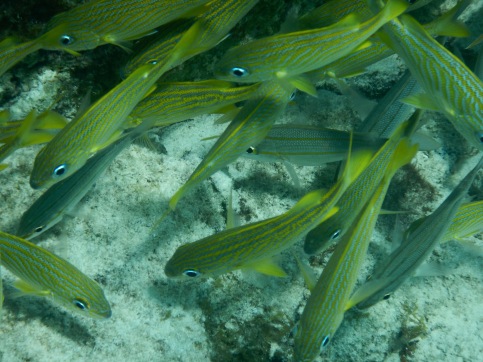 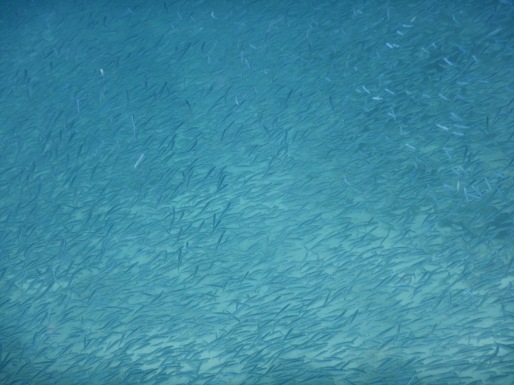 Then, we got back onto the boat and drove out to a shipwreck and were also able to snorkel there. The waters were a bit rougher so we didn’t stay in as long. We may be been too busy with more rum punch on the boat…. 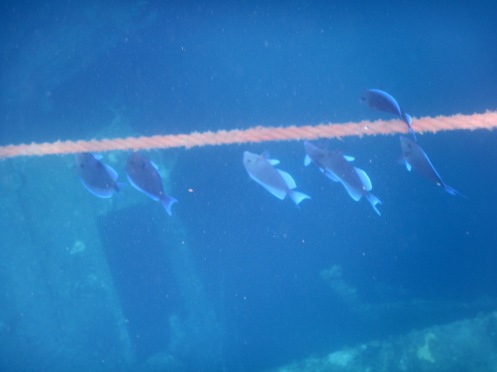 After the second stop we cruised in to the dock again and arrived around 12:30. I wish we could have gone longer because it was so much fun!! The whole trip was only $40 which is so cheap by Aruba standards. On the boat we had a few photo shoots that I have not included as I am not sure which photos were the “winners”.

After the cruise, we just chilled by the pool bar and got a couple of drinks. That night, we went to an early dinner at a place where you could get a 3 course meal for $30. Then, we went out to a couple of bars for some dancing. We were all really tired from a long day so we didn’t stay out too long. But it is really fun to go dancing!

On Friday, we slept in for a bit and then walked down to salt n pepper for a nice breakfast. From there, we took a local bus downtown to all of the shops and walked around for awhile. It was so hot! We bought a couple of souvenirs then rode the bus back.

The rest of the day we spent at the beach and the pool. I think I actually took a nap and enjoyed the nice hotel bed that I would not get for a long time. We went to a late dinner at an asian restaurant called Azia that we really good. It was asian tapas that were actually a bit bigger than we thought they would but the restaurant had an amazing atmosphere. After we went back to the sand bar once more for some dancing.

Saturday was our last day there. Lisa and Jordan woke up early for some beach time while I worked out and washed some clothes. At noon Lisa and Jordan needed to leave to catch their plane. Kendra and I stayed at the adult pool until 4:30 and then I had to leave paradise as well to catch my plane to Barranquilla, Colombia. It was a bit of a long journey but I got into a hostel and just passed out. It was a really great week and I am going to miss traveling with my friends so much!! You only realize how lonely it is sometimes to travel by yourself when you have your friends around again. I am just thankful to have a group as great as I do that we can meet up after a year and hang out like no time had passed at all. So my next adventure is to tackle Colombia for 6 weeks!